Looking for something for yourself? Shop Kazi 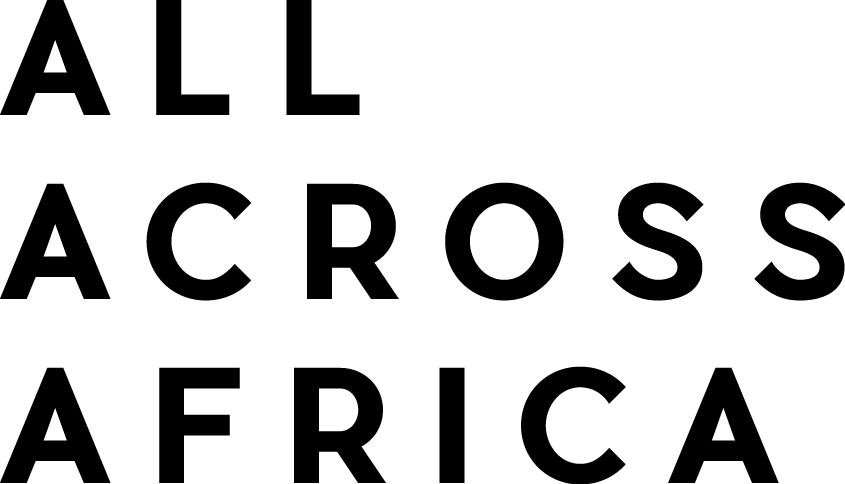 Close
Home
Process
Team
Blog
About Us
Impact
Partners
Contact
Connect with us: 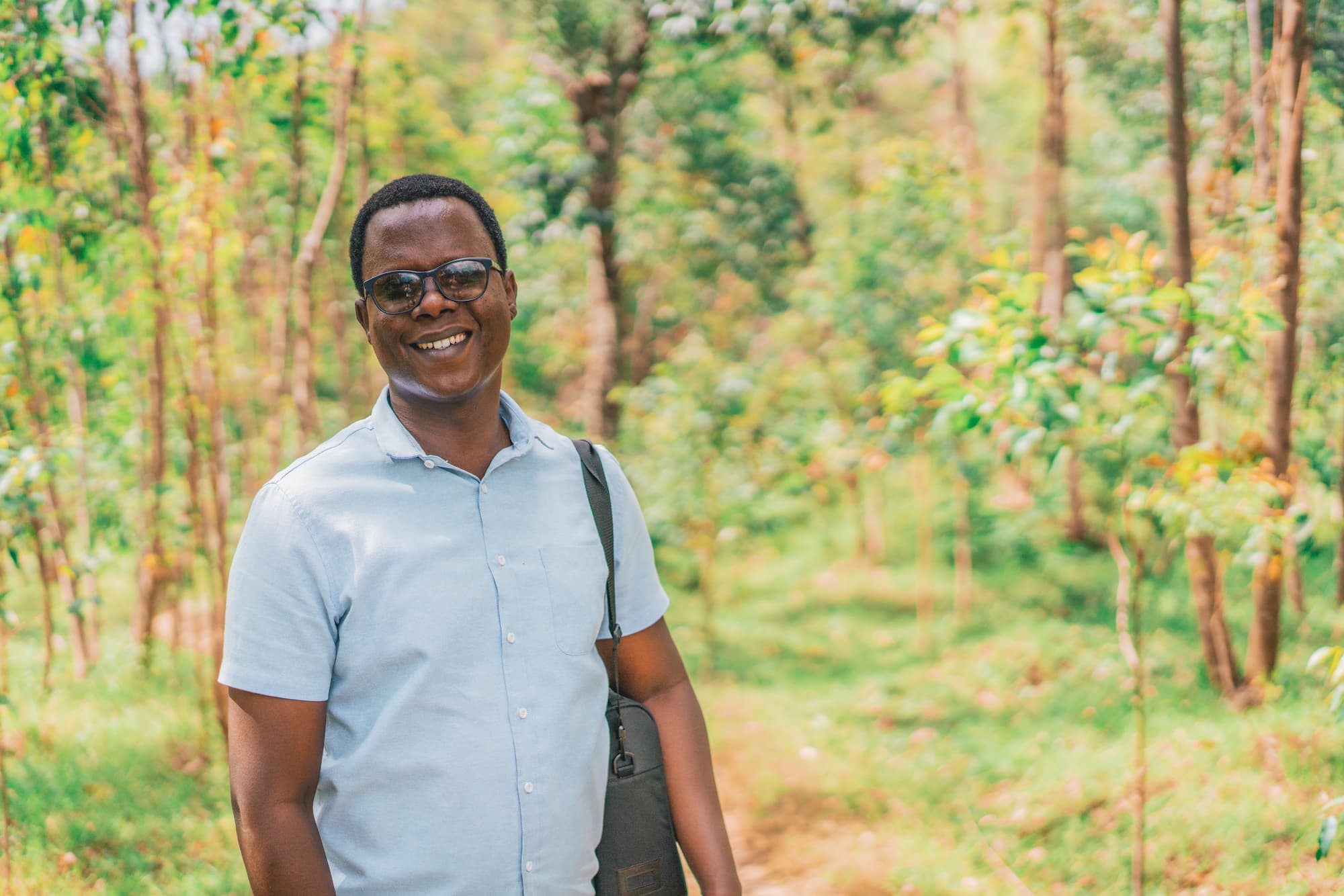 I love my nation’s nickname: Land of a Thousand Hills. Rwanda’s soaring peaks, rolling mountains, and sleeping volcanoes continually inspire me to see beauty in a place once torn apart by civil warfare. It sort of reminds me to also see the beauty and potential in people as well, which I am lucky enough to observe through my role as All Across Africa’s Country Director.

Today, Rwanda is a peaceful place that holds a lot of promise. While the road to development has not always been so smooth or speedy, the hard work of our artisans has made a big difference already. Or at least, that is what I have seen.

Ten years ago, I felt as if fate led me to join the All Across Africa team. After receiving my degree in rural development from the University of Rwanda, I was working with a small organization that supported female artisans when I met Greg Stone, the co-founder of AAA. I decided to take a big leap by applying for a role as a program manager at Greg’s company, which was a much larger operation. Since getting hired, I’ve worked my way up in the company and haven't regretted taking a chance on myself ever since.

Today as the country director, I manage operations while also providing leadership and direction to our teams. As part of my role, I get to conduct country-wide field visits and personally check in with our artisans. Through these visits, I have first-hand seen big changes in the communities where we work.

Ten years ago, most of the people I met were poor, living in simple mud houses with dirt floors. Today, those same people now live in cement houses with electricity because they make enough income to afford it. They also are able to pay for nutritious food, health insurance, and education for their children. This is true not just for our artisans but also for people in their villages as well. Weavers are able to invest their savings into secondary businesses, which creates jobs for people they know. For example, in rural areas agriculture is a big industry. So someone might choose to cultivate crops like potatoes and maize, or they may farm livestock. Either way, they will hire people from their communities to help.

A Tapestry of Stories

The difference All Across Africa has made is so touching that I never grow tired of listening to our weavers’ personal journeys.

For example, I am moved by the story of a woman named Egidia. Sadly, her family was killed during the genocide and she was injured as well. When artisan cooperatives formed in her village, she joined immediately. In this group, however, Egidia began working with her neighbors’ relatives who were instrumental in the death of her siblings during the genocide. She found the strength inside herself to put aside this tragedy, so they could work together to not only earn money but also develop as people. This story is a testament to how weaving contributes to peacebuilding. I have noticed that when artisans gather, they focus less on their differences and more on contributing to the common good. It creates reconciliation and unity.

Another inspiring story in our cooperatives comes from Immaculee. Apart from now being able to pay school fees for her kids, she also has used income from her weaving to buy a motorcycle for her husband. He used the motorcycle to start a taxi driving business, which transports the weavers to their centers and also shuttles community members around the area as well. Immaculee’s family also has a pig farm next to their house.

In African culture, women are often responsible for staying home to complete household chores, and not much more. So when Immaculee was able to create a job for her husband and provide for her children, it gave her a lot of dignity and strength. It continues to make a huge difference in their community as well.

Personally, I can also attest to the difference Greg and Alicia, our cofounders, have made in my professional life. Time and time again, they have shown that they really care about my development by creating an environment where I can grow. This has included sending me to trainings that have furthered my leadership skills and much more. Through my job, I have also been able to provide for my family and build a house of our own.

The amount of good this model has created still catches us by surprise here in Rwanda. It might sound silly, but sometimes the women laugh to themselves about how popular their baskets have become across the world. I have to remind them that the population of Rwanda is only around 13 million, which hardly compares to the population of the United States: around 330 million. That almost doesn’t register with them, but in the end, they feel very proud.

These days, I still envision Rwanda as the Land of a Thousand Hills. This reminds me that climbing a mountain is achieved by continuing to put one foot in front of the other. Something similar could be said of the lives of our weavers, except perhaps that it’s more appropriate to say their growth occurs one stitch at a time, instead of one step. No matter how you look at it, both metaphors are true. 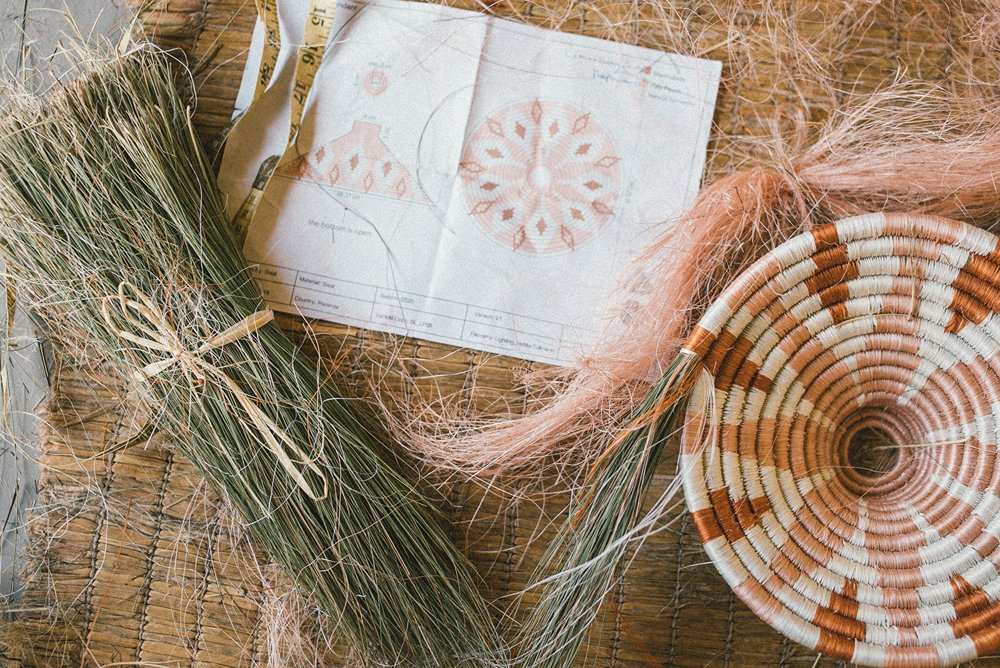 Building a Sustainable and Scalable Supply Chain in Africa Seemed Impossible; Here’s How We Did It 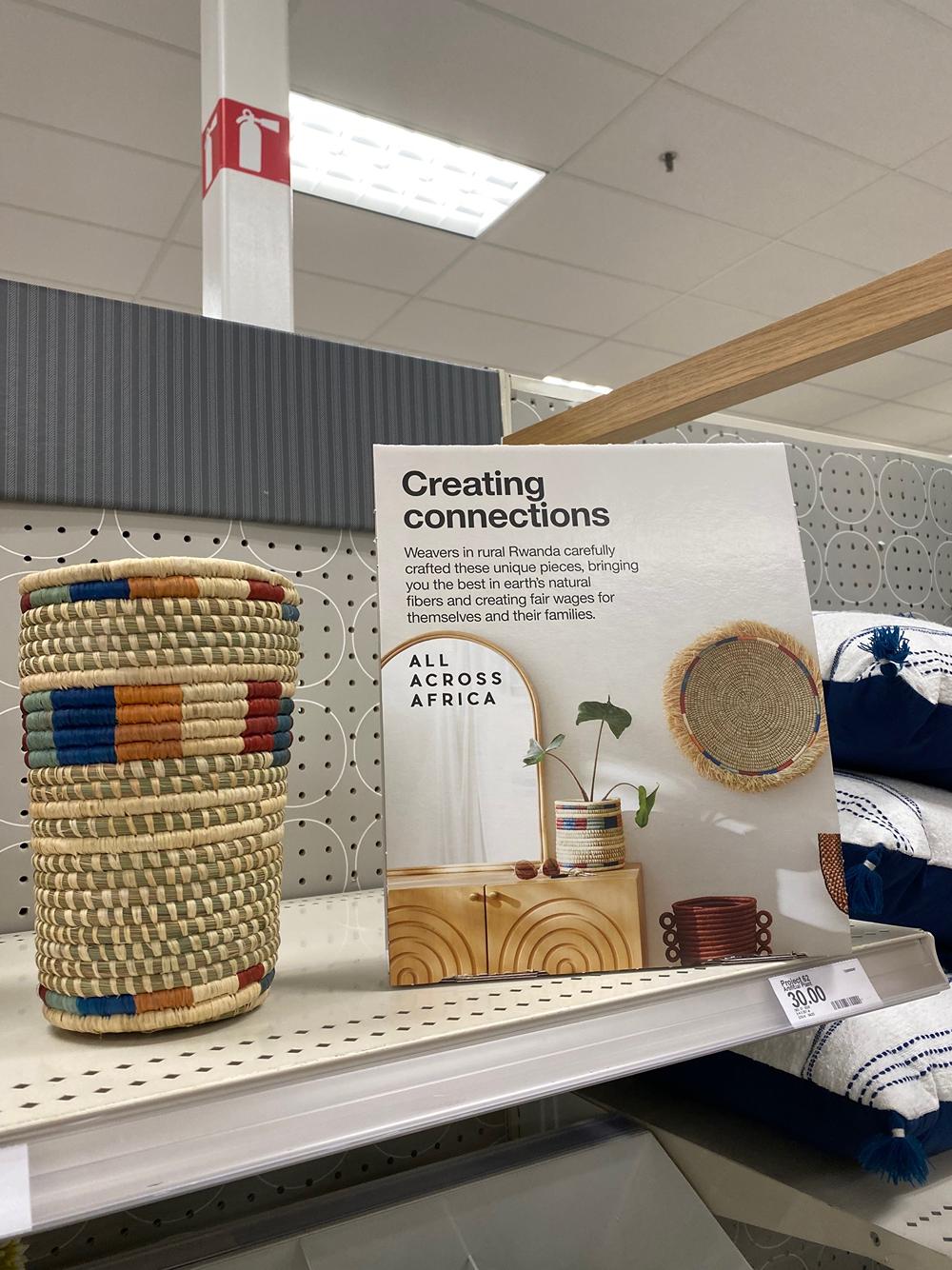 Why Target Partnered with All Across Africa

Learn more about All Across Africa’s impact-driven H.O.M.E.S. model

and how your business can bring beautiful pieces of ethically-produced handcrafted home decor to customers.

All Across Africa. All Rights Reserved.